Juan Valdelana picked up the award for Best Singular Wine (Agnvs Author 2017) in the XXV Wine Harvest Festival of Rioja Alavesa, held mid-September in Elvillar. This is the first professional recognition to the youngest of the Valdelana family, distinction that has come in the first wine made entirely by him.

Wine Harvest Festival is one of the most prestigious competition in Rioja, because it’s open to all wineries in the region and it involves a strict process of participation. In this contest, prepared wine bottles are not recognized but a highly professional tasting committee makes a blind tasting of wines. This gives greater value to the prize because the tasters don’t know which brand of wine are drinking. 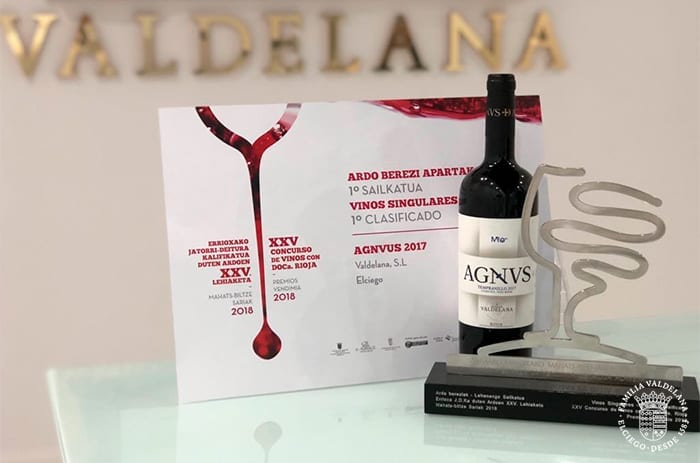 It isn’t the first time that one of our wines is recognized in the blind tastings of the Wine Harvest Festival of Rioja Alavesa, but this has been a special occasion for having corresponded to the first wine made by Juan. In the words of the award-winner:

“I picked it up, but it’s everyone’s prize. This is the maximum recognition that an oenologist in the area can have, because you compete with almost 270 wines from the three subzones: Rioja Alta, Rioja Oriental and Rioja Alavesa. The singular wine is the most special category because it comes from an old vineyard. Here everyone wants to get the highest possible quality. “

Juan Valdelana graduated in Enology from the University of La Rioja (2017), where he won the prize for the best final project, and in Agricultural Engineering, which gave him knowledge in all areas of wine preparation. In addition, he has had the opportunity to work in wineries from different places in Spain and the World (Tenerife, Rías Baixas, Napa Valley …). That experiences has allowed him to explore other ways of living wine. 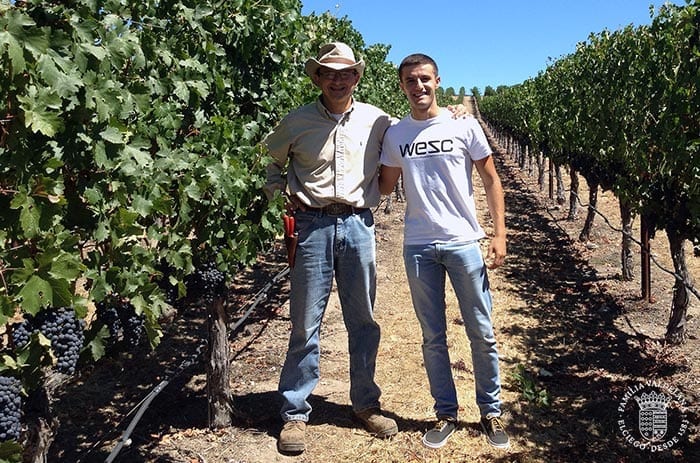 His training and the enthusiasm with which he works every day, encourages us to think about a promising future for the Valdelana wines. We are in the best hands!