We like to remember it: we are lucky. We are because we work on a family project, in a sector that we are passionate about and in a region that makes us fall in love. Because Rioja Alavesa is a privileged region. A region where, among many other things, you can find jewels like Laguardia, one of the most beautiful villages in Spain. And about them we talk in this post. 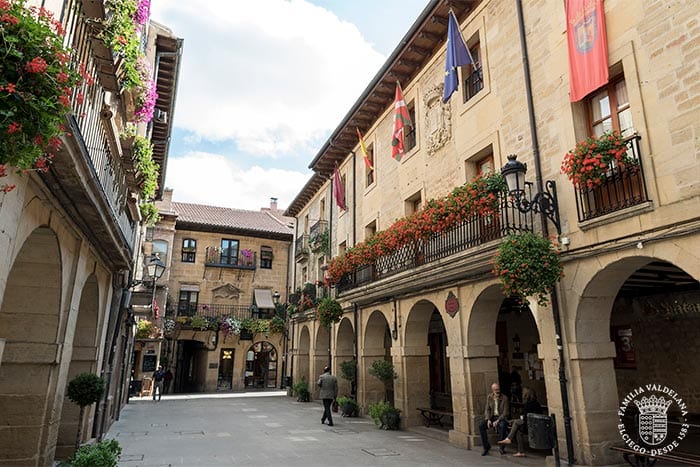 Of course, Elciego, the town of which we are, is our favorite corner in the world, but only ten minutes from here is a unique place. Located on top of a hill and perfectly surrounded by walls: Laguardia, a real fort.

How to get to Laguardia

Due to its tourist importance, its distinction as the capital of Rioja Alavesa and its location between Logroño (20 minutes) and Vitoria (50 minutes), it is logical to think that it is quite easy to reach Laguardia. If you come by car you can do most of the road by highway and only a few kilometers through a beautiful national road between vineyards.

If you do not have your own vehicle, you will be happy to know that it is quite simple and fast to get to Laguardia by bus. From Vitoria and / or Logroño, there are buses with hourly frequency of the company Álava Bus go there.

Laguardia, a town with a lot of history

Laguardia accumulates a lot of history between its walls. Although there are prehistoric archaeological sites in the surroundings of this town, its foundation dates back to the 10th century as a castle for the Kingdom of Navarre, a region to which it belonged. 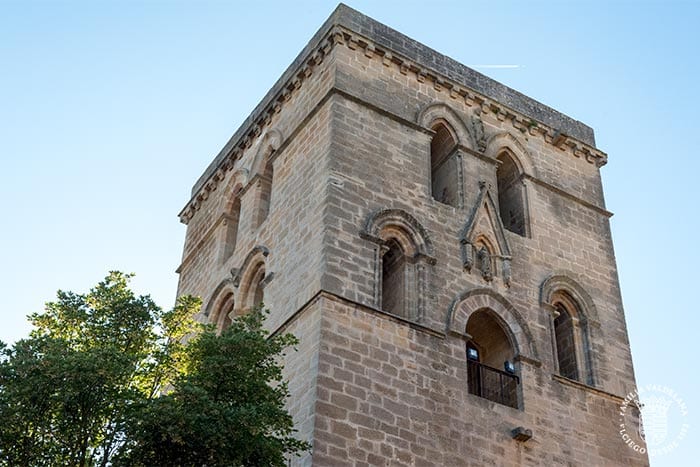 It was in the middle of the 12th century when this castle would become a village, with its consequent population growth. Since then, the town was gaining in importance and the wall extended beyond the castle. 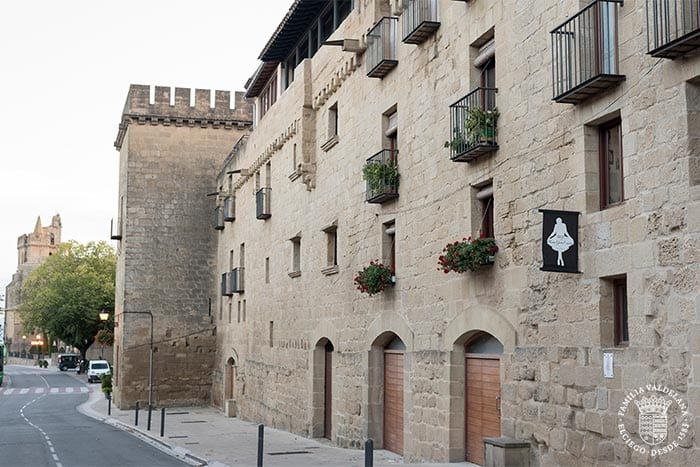 We go back now to the sixteenth century, at which time Laguardia would become part of Alava. Then Laguardia was for three centuries apart from all war, which allowed a strong development, largely thanks to wine. 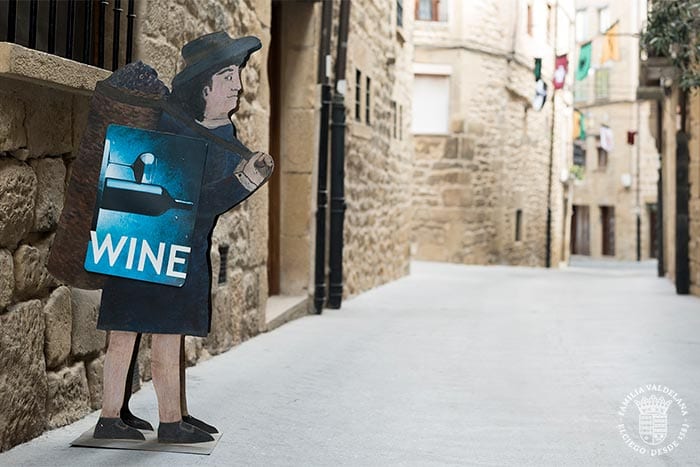 The coming wars in the nineteenth century (War of Independence and Carlist) and the postwar Civil War in the twentieth century, greatly damaged this town, losing much of its walls along the way. Luckily, the ensuing years of peace and prosperity, and the growth of the wine and tourism industry, has allowed Laguardia to recover the splendor of yesteryear.

What to see in Laguardia

Although less than 2000 inhabitants live in Laguardia, it is not surprising that in a town with so much history it retains so much heritage. But what can you see in it?

Visit the wall and its doors

Although the last wars damaged the perfect wall that historically surrounded Laguardia, it is still possible to visit a good part of that defensive structure and the entrance gates to the fortification: The Gate of Páganos (west), Mercadal (south), San Juan (southeast), Santa Engracia (northeast) and Carnicerías (east). 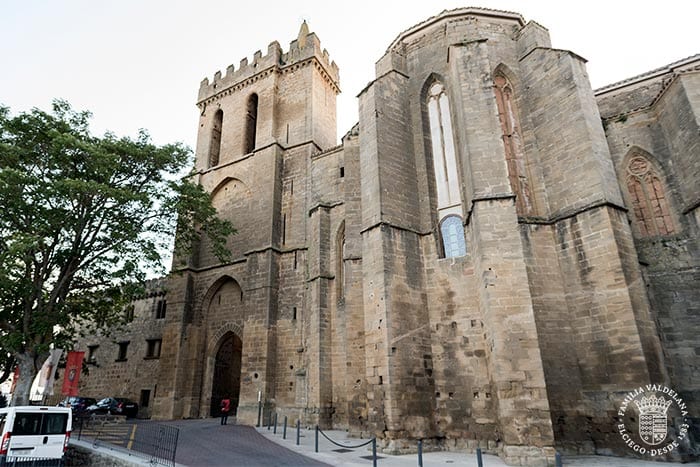 Go through its cobbled streets

One of the greatest charms that Laguardia has is that cars cannot enter the walled area, so walking around becomes irresistible. It is difficult to get lost in the few streets that run through Laguardia, although all of them, especially the Mayor and Páganos, deserve your visit. 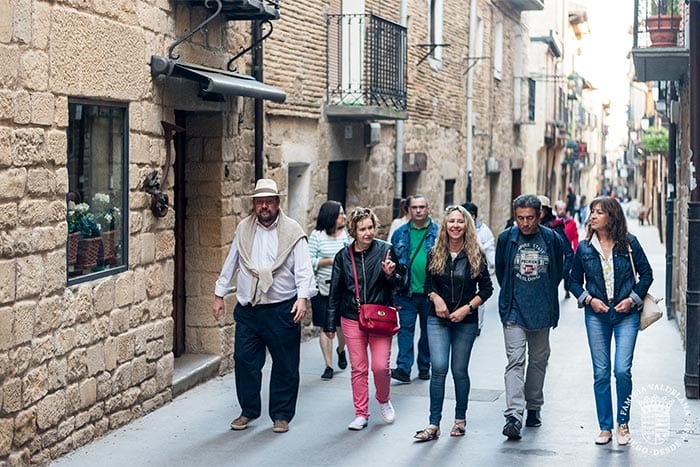 The main square and its clock

Wherever you go you will not be able to escape from the Plaza Mayor, the center of Laguardia. There is the town hall, the tourist office, a few flowers and the famous carrillón, a clock where you can see some automatons dancing a melody typical of local festivals. You can see it at 12, 14, 17 and 20h in summer and winter, and 13 and 22 h. also in summer.

In addition to his watch, one of the great peculiarities of Laguardia is that it retains one of the few polychrome porticoes in Spain.

Although this portico is from the 14th century and was colored in the 17th century, the church of Santa María de los Reyes began to be built in the 12th century. Inside there is also a spectacular altarpiece.

It is also worth the church of San Juan, initiated in Romanesque style but concluded in the Gothic. Brief but intense. 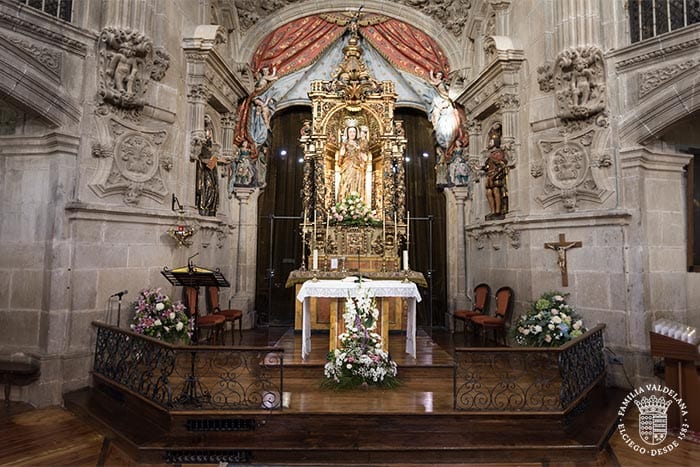 Very close to the church of Santa María de los Reyes is the Abacial tower, a castle-bell tower of Romanesque origin from where there are exceptional views of Rioja Alavesa. 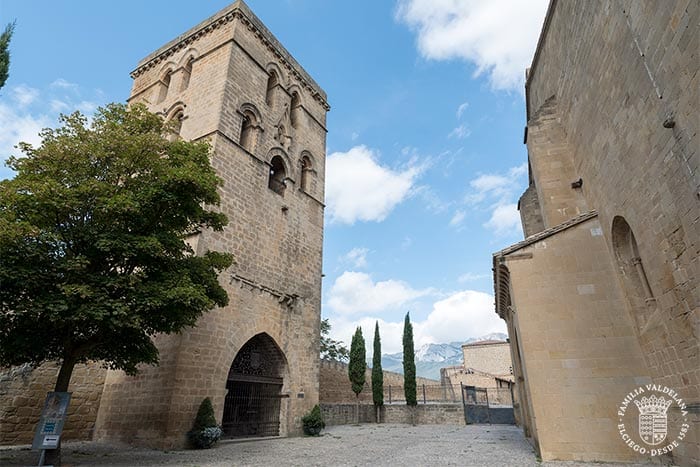 In Laguardia you can find beautiful gardens where you can walk calmly at sunset and stop to rest next to the monument of Félix María de Samaniego, one of the most illustrious citizens that this town has given.

As we have already mentioned, wine is and has been one of the main economic supports of this town (and of our entire region), so it is not surprising that the wineries conform their urban landscape. Although at first glance you don’t see it. 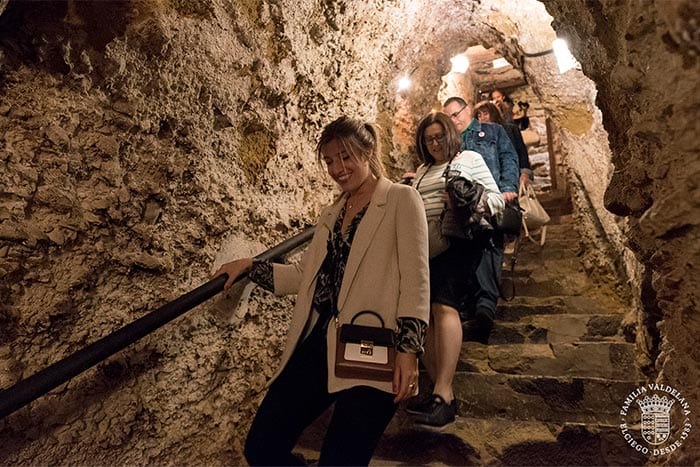 And is that the subsoil of Laguardia is a maze of wineries. Many of them can be visited either through the same wineries, shops, hotels or the tourist office. 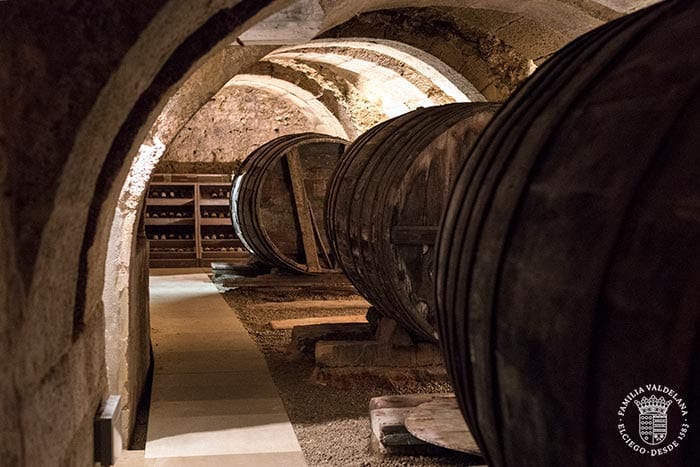 Where to sleep if you see Laguardia

Now that we have shown you Laguardia, we can only recommend some accommodation in case you visit the town. And although the same villa has a good offer of accommodations, from Bodegas Valdelana we can not stop recommending you to spend the night in our accommodation in Elciego, 10 minutes from there. Our 1583 winery is waiting for you.

Do you want to sleep in our winery? Contact us!