The twenty-first edition of the Ajebask Awards was held at the Gran Hotel Lakua in Vitoria on November 30. In this contest, Judit Valdelana and Juan Valdelana were recognized as the best young entrepreneurs in Alava in the family business category according to the Association of Young Entrepreneurs of this Basque province. 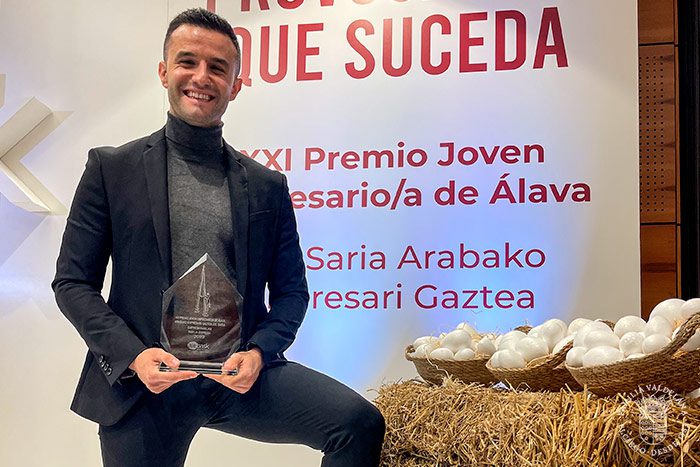 The Association of Young Entrepreneurs of Álava recognized the work of the winery in a brief speech before the awards ceremony: “14 generations making wine in the same place, their beloved Elciego, which makes it one of the oldest family wineries from Rioja Alavesa. His ancestor Pedro began to make wine for his own consumption around 1634. The passion for winemaking has been passed down from father to son, trying to preserve that family legacy, dedicating themselves to research for the production of different wines, betting on vineyards unique and thus creating a new wine concept in Rioja Alavesa”.

Juan Valdelana was in charge of collecting the award from the General Deputy of Alava, Ramiro González. Juan used that space to talk about his sister, his father and his grandparents, fundamental pillars of everything he has achieved: “The truth is that I am privileged. I have seen my grandfather Ide on top of a tractor all my life, my grandfather Isidoro at the door of the warehouse every day, my grandmother Mari Carmen who is a fighter and Mari Plaza, who has left us this year and is being hard to beat.” 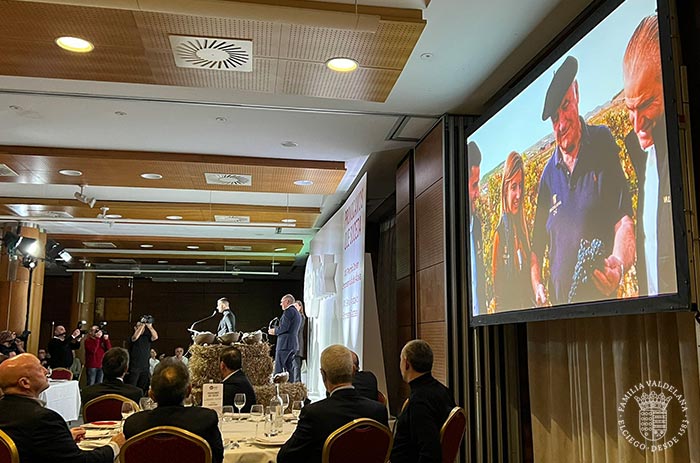 Juan is the fourteenth generation of the Valdelana family. This young viticulturist studied Oenology at the University of La Rioja, obtaining the award for the best Final Degree Project. After finishing, he ventured to obtain the degree of Agricultural Engineering also at the University of La Rioja. Since he finished his studies, Juan has worked in some of the world-renowned wine regions such as California and others in the national territory such as Tenerife or Galicia. Although he has just turned 30, Juan has already won a large number of awards, which makes him one of the young oenological promises on the national scene. In addition to all this, in his name there are already 11 unique Rioja vineyards, from which he has obtained some top quality wines.

Judit Valdelana, the other half of this award

Judit could not attend the gala because she had been working in the Czech Republic. Judit Valdelana, with a degree in Advertising and Public Relations, is in charge of managing the Sales and Marketing department of the winery. To do this, she has spent nine years traveling to all corners of the world to value the wines that we make with so much love in Rioja Alavesa. 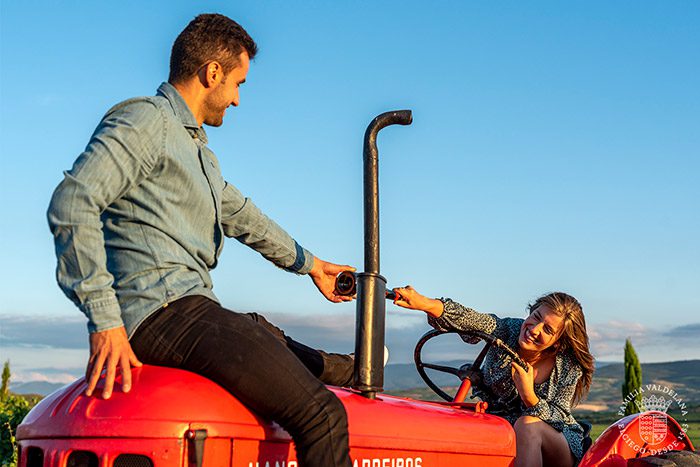 “Wine is my passion, always has been, since I was a child. My first trips were not easy, I left my land to visit several countries and provinces that I had never been to. I have spent nine years changing rooms every 3-4 days. However, along the way I have met wonderful people and have lived incredible experiences. For all these reasons, it is very exciting to receive an award like this. Although I couldn’t be at the gala due to labor issues, I want to thank all the people who have always been there, who love and support us, who have become our family. Having you close is the most beautiful thing that I can always take with me.” 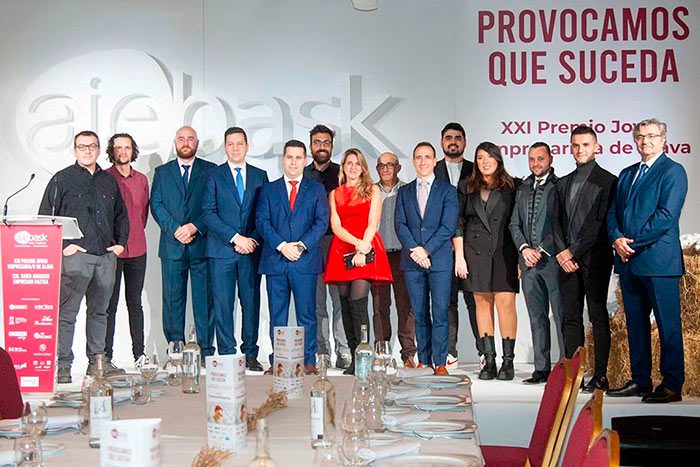 In addition to Bodegas Valdelana, the XXI edition of the Ajebask Awards recognized four other companies from Alava: Eatyjet, Eraman Coop., Chubby Apps and Colchonería Collante. Finally, we would like to thank the Association of Young Entrepreneurs of Álava for organizing these very important awards and recognizing our work. And thanks, as always, to those of you who accompany us and support us every day, making all of this make sense.